I tried carrying the weight of the world… 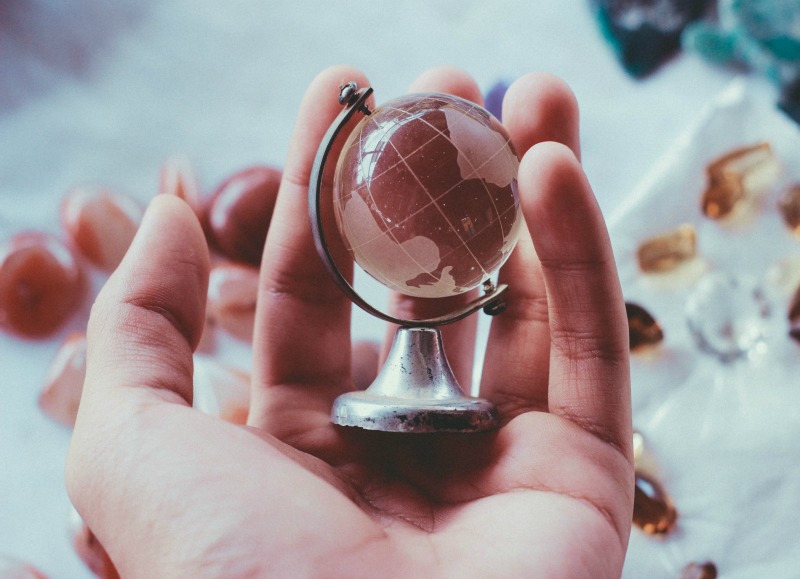 Posted at 15:05h in Lupus, Relationships by LF 0 Comments

On Wednesday, moments before getting injected with the radioactive dye for my liver/spleen scan, I had a hard conversation.

The woman performing the scan asked if there was any chance of pregnancy.

Breathe in. Breathe out.

Didn’t she read the paperwork I handed her less than 5 fucking minutes ago? Did I need to get “Fallopian Tubes Highway- No Outlet” with arrows pointing to Lady Land tattooed on my stomach?

I was ready to go balls out Prednisone Psycho on her.

The instant before I could spew my asshole comment in retaliation to the woman, who really, was just doing her job, I thought of Ash.

A few weeks ago, Brie made me watch a video that has sincerely changed my outlook on things. Please take 10 minutes to watch the video, and also take a few minutes to read Brie’s blog post. Those 12 minutes you take to do both could quite possibly change your life for the better.

Were you applauding, laughing and agreeing with everything Ash said, like I was? This struck such a chord in me, and has made a difference in how I have handled situations recently.

And now, back to wanting to verbally abuse the tech who asked me if I could be with child.

It would have been too easy to cower in my closet and say something awful for the sake of making myself feel better. But, what would that change? It’s not her fault. The surgery is done. Again, she was doing her job. How many times in my nursing career have I had to ask parents questions, that without a doubt, left them wanting to throttle me?

Me- 2 weeks ago I had an endometrial ablation andohyeah I had surgery to tie my tubes so the thing is I was bleeding so much before all that so yeah I just don’t know when my last period was but I can’t be pregnant because they tied my tubes and I still can’t have sex and… yeah… now you know the story.

I had the hard conversation.

I was alright until I had to sign a paper about the dye, and where the date of my last period was supposed to be written, it said “TUBAL LIGATION’ in all caps.

The thing is, I’m 32. I won’t be going through menopause for hopefully at least twenty years, so I have a long time ahead of me to answer questions and sign papers denying any chance of pregnancy. I have to get used to it, and stop taking it so damn personally. I have huge bruises and the Dermabond is still peeling up around my incisions. Right now it’s all so fresh. So raw. I hope over time, as the bruises and incisions heal, my heart will, too. And with that, I hope I will be able to face hard conversations without losing my shit.

Not long ago, one of my best friends confessed to me that she is going through some truly tough stuff, but was afraid to tell me because she didn’t think it compared to what I was going through. Deep down, I knew she was going through it (that’s why I call her a best friend, we finish each other’s sentences), but I’ve never asked or brought it up. I assumed it was a private matter, that she didn’t want to fucking talking about it, and if she she did, she would come to me.

But, when she revealed she wanted to talk to me but felt she couldn’t, it shattered me. I am NOT turning this into about me, I just hate the fact that someone so close felt they couldn’t confide in me when they really needed to. What makes my issues any more hard than hers?

I did what any Golden Girl would do. As she spoke, I went into the fridge and pantry, got out junk food (I hate cheesecake) and candy, and set them down on the kitchen table in front of us.

She talked, I listened, we cried, I talked, we ate chips and Hershey Kisses, and I yelled at her for never coming to me.

It was only the week before I was introduced to Ash and her ‘Hard is Hard’ outlook. I know my friend read it on Brie’s blog, so I said “Hey, hard is hard. You come to me! That’s what I am here for!”

Now if she were complaining about a hang nail, I probably would have gobbled up all the Hershey Kisses without letting her have any. But, she was talking about serious business. What makes my stuff any more hard than hers?

What I always thought was one of my best qualities (toot toot!), I am now beginning to realize is just me hiding in the closet.

My ‘Super Woman-Bring It On-I Got This,’ front that I’ve always given off. Yes, I do handle some of my hardships considerably better than most people I know, I will give myself that. Four heart surgeries, lupus, cancer, and other autoimmune disease will do that to a person. I don’t complain about mundane shit (only to Brie), and I have absolutely ZERO patience for people who do. Get a fucking grip. Be thankful. Go visit a homeless shelter. And if you hate your situation so much, then take some advice from Michael Jackson and make a Goddamn change for once in your life.

When someone asks me how I’m feeling, I almost always reply “Oh, I’m good!” “It’s not so bad!” “It is what it is, what can ya do?” “Just a little pain today,” “PIMP CAAAAAANE!” “I’m tired, but I plow through it,” or I’ll make some type of joke. And I don’t do it because I want people to think I’m such a badass chick, but because I don’t want to tell them the truth. Because my truth sucks.

“I’m in a ton of pain, I shit blood all the time from the inflammation, I’m sick and tired of being sick and tired, I can barely hold a pen most days, I’m always covered in rashes, I miss being the hot one (yep, I said it. Sorry, not sorry!), at this point I’m scared to ever go back to work, I am sick of swallowing 27 pills a day…” blah blah blah.

Who wants to hear that shit? I don’t like actually saying it, much less make anyone listen to it.

But maybe if instead of hiding in the closet, I pull the pin, throw the grenade that Ash spoke of, and have that conversation. Yes, it’s easier to let everyone assume I’m Super Woman and not scared of anything, but in the end, that grenade will eventually blow up in my hands.

Though not as eloquent, I hope I was able to give Ash’s talk and Brie’s blog post some justice. If you take anything away from this, just remember that everyone is fighting some type of battle, but may be too proud or too scared to come out of their proverbial closet and address it.

And when they do, be there for them. Listen to them. Support them.