I’m so terrified of no one else but me… 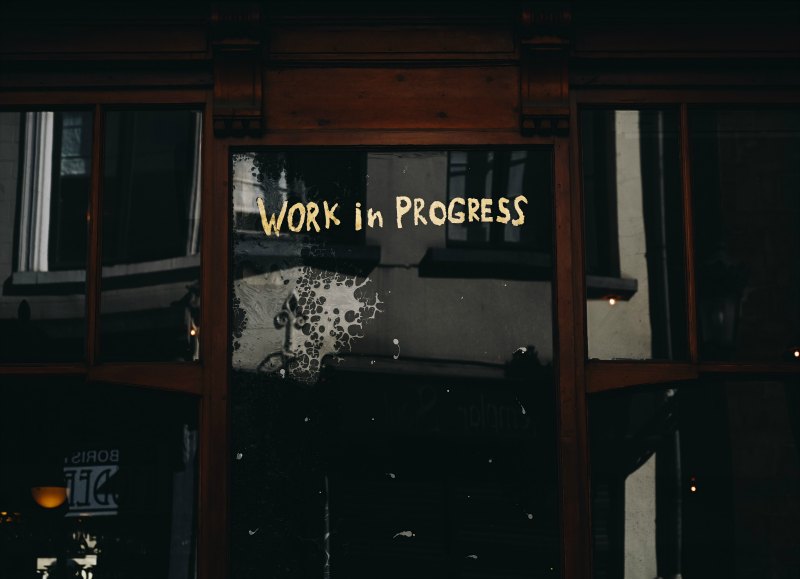 Opening up and sharing dark secrets, even to those you love and trust, is challenging. It brings feelings of uneasiness from the deepest corners of your brain, wondering if that person (or persons) is going to judge you, think less of you, give up on you.

Despite this blog of mine, opening up is not my strong suit.

Speaking at the Coalition for Compassionate Care of California

So obviously it makes total sense that in April of 2018, I got up in front of 200-300 strangers at a conference and spoke my truth; that I’ve been living my entire life with complex PTSD due to years of medical trauma as a child. While it certainly wasn’t my most eloquent speech to date (see also: lots of snot and tears), it was by far my most powerful.

When I was finished, at least a dozen people swarmed the stage to speak with me, but I could barely put sentences together, my emotions overwhelming me in a way I had never experienced. Luckily, Devon (she’s one of the best humans on the planet and worked for the coalition at the time) took notice of my deer-in-headlights expression, and whisked me away to an area behind the stage where I could be alone and catch my breath.

I had one of the most cathartic crying sessions of my life, body trembling, tears pouring from my eyes, as the weight of carrying around these secrets for 36 years seemed to lift off my shoulders. I’ve spent my life suspicious of everyone, on high alert at all times, thinking anyone, even those closest to me, was out to get me. I was bullied a lot as a kid, friends did me dirty (which often times was in my head), and all it did was further solidify my notion that I was only good for hurting.

If I felt threatened, perceived or genuine, I acted out irrationally and without hesitation, often times mistreating the ones I loved the most. I’d be screaming at myself to think before I acted, but I physically couldn’t stop- anything to rid myself of that fear of impending doom.

The kindest man who worked at the hotel where the conference was held took notice of me sobbing behind the stage, asked me if I was ok and who he needed to beat up. I smiled and said I was OK, he walked away and two minutes later returned with water and chocolate chip cookies- he thought I could use them. He said he would give me space, but if I needed anything, to find him.

It was that moment I realized not everyone is out to get me.

Over the last two years I’ve worked incredibly hard with my therapist and on my own, validating these feelings, and finding healthy coping mechanisms to dress my now 38 year old proverbial wounds. I’ve started to feel whole, like a person who is worthy of good in her life.

My dad’s last two weeks in the hospital were hell, and I can’t unsee the horrors I witnessed sitting helpless at his bedside, frantic to do something, anything, as he deteriorated before my eyes.

The man I was dating at the time (in 2017, before that life-changing speech) is also a nurse and he would berate me, scolding me like a child for how I was acting- I was rude to the nurses (I probably was at times, my dad was dying), I was trying to run the show with dad’s care. I fell hook, line, and sinker for his trap, becoming belligerent in defending my actions, feeling like I had to prove something to him. He accused me of being fixated, obsessed with staring at the monitors in the hospital room, picking apart every change in my dad’s vital signs, hung up on every irregular beat of his heart.

My mom and I were witness to the moment that I believe ultimately led to his death, and I told my boyfriend so. More yelling ensued, he argued, practically laughing as he told me how very wrong I was, but that I wanted it, badly needed it to be that because it made me feel better.

Looking back, so what if it did? Daddy was gone. Why shouldn’t I have had that if it brought me even the smallest bit of comfort?

Though I went about it terribly, ending that relationship did wonders on my psyche. One less toxic thing that I thought I deserved, was out of my life.

I frequently go to ClinicalTrials.gov looking for newly published updates on the clinical trial my dad was in. I need to see hard data to remind myself that good came out of his participation. I’m always humbled by the results, though it didn’t work for my dad, knowing that CAR-T cell therapy is saving the lives of children and adults with devastating cancer diagnoses.

During a bout of painsomnia in January, I was surfing the Googles and found this video interview of my dad’s oncologist presenting the findings of the trial. (see video of beautiful, brilliant man with the swoon-worthy Australian accent).

Saar I. Gill, MD, PhD, on CLL: Trial Results on Anti-CD19 CAR T Cells from Harborside on Vimeo.
*the only funny thing throughout the clinical trial was the fact that dad’s oncologist was stunningly beautiful and every time he entered the room, we would giggle. This video does him no justice!*

I watched, I cried, and when he said “fatal cardiac event” I bolted straight up out of bed.

The impulse to lash back out at someone who made me feel and fear and hate everything gripped me tightly, and before I knew it I was composing an email [to my ex-boyfriend, cause dammit I was right!] with a link to the video.

My heart was pounding, I was breathing heavy, palms sweaty, vision blurry… and before I knew it, I hurled my phone across the room; I never sent the email.

I call that progress.

You might call that being a rational human being, but up until that moment, I was not typically a rational human being. When you live your life in fear, rational does not come naturally. Quite the opposite, in fact, because for as long as I can remember I’ve had this innate sense to self-destruct and put myself in hellish situations.

It was a defining moment for me in this long process of healing.

There’s hope for me yet.