Rendevous then I’m through with you… 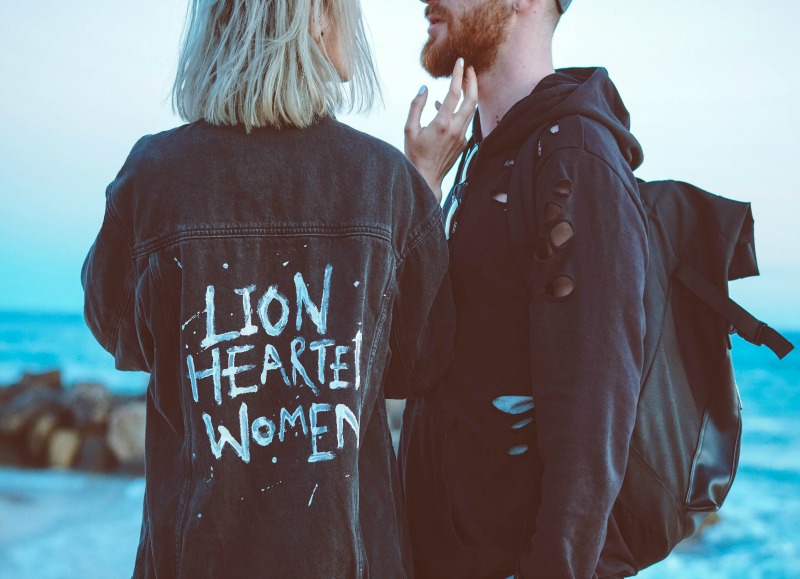 Posted at 15:05h in Uncategorized by LF 0 Comments

Remember in my last post about dating I started off saying that dating is stupid?

My biggest problem with dating is that I’m not good at it; I have no desire to juggle relations with more than one gentleman at a time. If a first date goes well and that turns into second and third dates, etc., I end up being in what I refer to as a pseudo-relationship, where I’m not entirely sure it’s got long-term potential, but you’ve piqued my interest enough for me to want to spend time with you and get to know you better. And it’s usually at that point where something happens and I run for the hills, or it gets semi-serious. With the exception of  college when I had lots of hook-up buddies (wait, I was there to get an education?), I’ve always worked that way.

As I’ve mentioned once or twice, or 24762486328476 times, I’ve had two disastrous  post-marriage relationships; I’m ashamed to admit this, but Brandon* (#2)  was more a distraction to try and get over Dylan* (#1). And well, that failed miserably, and immediately after my dad died, I went leaping back into the arms of Dylan.

Not long after, his dad was placed on hospice and passed away a few weeks later; I was there with Dylan’s family every step of the way after going through the exact same motions with my own family. I thought it would bring us closer together, and in some aspects, it did. By that point we had been on and off for two years, and I so desperately wanted it to work, I HAD TO MAKE IT WORK THIS TIME.  The more we “tried” the more toxic it became, the more I became a Marla I did not like at all- I was on edge, questioning everything, acting out in atrocious ways (sorry realtor chick!) when I felt threatened, avoiding friends to avoid fights, skipping patient advocacy events to avoid fights. Obviously it was not a healthy way to live. Think Chernobyl… boiling under the surface, until finally…

It ended for good well over a year ago without any type of contact whatsoever; no calls, no emails, no drunken texts at 2 AM, no running into each other. O-V-E-R. It was a relationship that shook me to my core. It took a long time to wrap my head around it, and I spent the first 6 months picking apart every minute detail of our tumultuous, on-and-off relationship, and finally getting it through my head that it was NEVER GOING TO WORK.

Thank God for my incredible therapist, I’d be lost without her.

My first date back out there was nice enough, but boring. I’m almost certain I ended the night quite quickly so I could meet some girlfriends for a late dinner.

Then there was a guy who freaked out when I told him about my upcoming pacemaker surgery. Dude acted like I asked him to perform the surgery or move in and take care of me or something. The price is wrong, bitch, I don’t need a nurse, I can take care of myself. I did really like his dog, though.

Then… JACKPOT!! I matched with a man who was no doubt one of the best looking men I had ever set eyes on. I figured it was a fake profile until he messaged and I was able to get enough info out of him to check out his Facebook page.

After looking like Shrek for several years, there is a LOT of satisfaction that comes from a super hot dude swiping right on you. Sorry NOT SORRY.

We shot the shit through texting for a few days, and agreed to meet up on a Friday night. 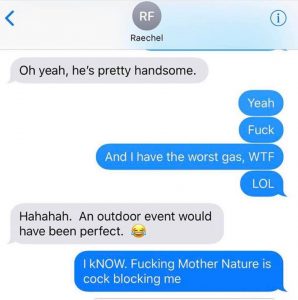 Slight panic before the date

You guys, I swooned when I laid eyes on him. Swooned. He was that pretty. And he cooked. And drank coffee.

And then about 2 weeks in, my friend Bob was helping me hang up some blinds in my new house, dude called, AND FREAKED OUT THAT I HAD A GUY OVER HELPING ME. 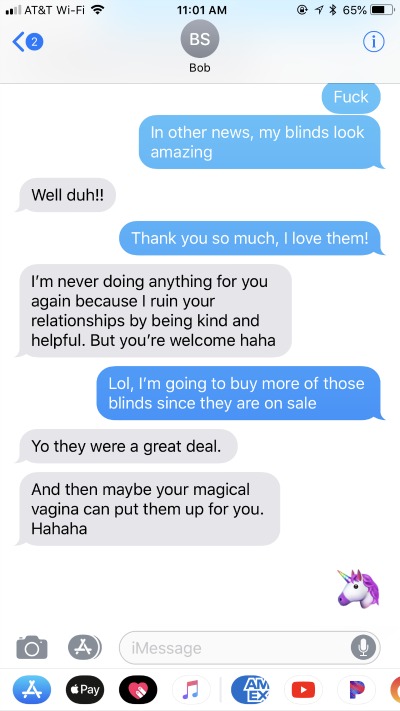 There was a guy with the amazing tattoos, but was extremely quiet. The one with a suspended license from a DUI who lived 45 minutes away. The one who couldn’t deal with no nipples. The high school crush. The separated one who was still in limbo with the ex-wife. The Carson Wentz look alike from California who traveled to Philly several times a month for work- and I may or may not have met up with him when I was traveling in California. The one I went out with the night of the 2016 election- I started off drinking light beer and being a lady, but as the night went on and realized who was about to become president, I had switched to vodka on the rocks and was screaming “WHAT IN THE EVER LOVING FUCK IS HAPPENING?!?!” at the TV… and the entire bar.

Yeah, we didn’t work out (Dylan came back the very next day, did he have some kind of radar?), but we did become really good friends, often commiserating over beers and bitching about… well, anything.

Judge me all you want, but after years of feeling like a prisoner in my own home while being sick, it was a bit freeing to be out there, albeit, annoying, because I HATE DATING. But, always nice to get out of the house for a good meal and drinks, amirite?

Yes, over the last three years there’s been far more bad first dates than amazing ones, and none of them turned out to be the love of my life. But it’s all part of the process.

And let me be clear, they were not all bad apples. In fact, there were very few who ghosted me or said HELL NO when I told them about my illnesses. I was shocked, to be honest. After being in a marriage where it was like pulling teeth to get him to acknowledge what I go through, I anticipated every single one of them running for the hills when I shared some aspects of that part of my life. Only very few did. The rest asked questions about lupus out of genuine interest (probably to make sure it wasn’t contagious), or because a friend of a friend’s sister also has the disease. I was open about my advocacy work, my blog, being “internet famous,” and truly, no one batted an eye.

I don’t need a relationship to be happy, if anything, ending the toxic relationships in my life has made me a much happier woman. Going “public” with my struggles with cPTSD from all the medical trauma I endured as a child (and fuck, still do!) and starting EMDR with my therapist has opened my eyes on why I’ve gravitated towards the men I have and react the way I have in situations where I felt threatened

At this point in my life there are things I will not put up with, and no man is ever going to make me feel guilty or manipulate me into thinking I’m the crazy one. I have enough overflowing on my plate so I refuse to turn a blind eye anymore to potentially harmful situations out of fear of conflict. Those days are over- I’m worth so much more than that.

I’m not looking for perfection or a fairy-tale; that sounds boring and quite frankly, it doesn’t exist. I’m a realist, of course there will be ups and downs, but I finally got through my head that “ups and downs” shouldn’t make me question my self-worth or put what’s important to me on the back burner.

I’ve always said “find someone who annoys you the least, and bones you the best.” Eloquent, eh? Whatever, you know I’m right, and I should probably trademark that shit and get it on a Hallmark card. At any rate, I think it’s possible to have both, one shouldn’t compromise the other.