Send my love to your new lover, treat her better… 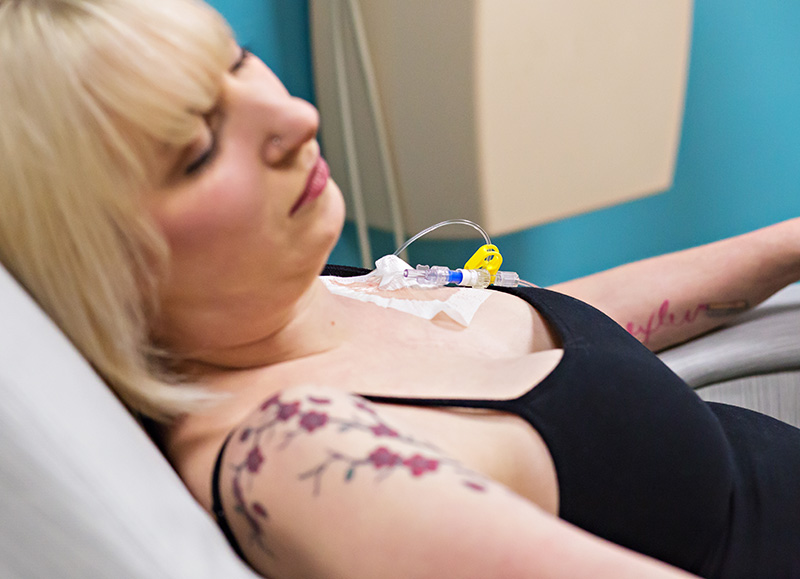 Posted at 20:29h in Divorce, Relationships by LF 0 Comments

Several years ago I wrote a blog post- you can read it here if you wish. Old blog post about marriage and chronic illness.

If you don’t want to read it, basically I discussed that I felt my body rejected our marriage from day one; the toll getting sick 3 weeks after our honeymoon took on us, and how during a brief separation, we realized we were stronger than my illnesses. My husband started to be an active participant and, at the time, had been to a few appointments.

We’ve been officially divorced for almost a year; so much for being stronger than my illnesses. He’s engaged to his soon-to-be third wife (I was his second), traveling the world to places we always talked about visiting together, and tasting all the craft beer he can get his hands on. Basically, living the life he had planned with healthy me.

I swore I would never discuss some of these details on my blog, but, something I read the other day triggered me to want to write.

My patient advocate BFF is Melanoma Rock Star, TJ Sharpe. We met in 2016, about 7 months after I separated from my husband, and discovered we grew up 5 minutes away from each other in small southern NJ towns; his best friend’s little sister drove me to high school. After our conference we did what good patients do and ended up at a bar. Being that he had a wife and kids while undergoing treatment for stage IV melanoma, we could both relate how life threatening illnesses affected our marriages. Our conversation is a bit fuzzy, but I talked to him a lot about how alone I felt, and that was my driving force to leave. I don’t think about that conversation often, but the other day TJ texted me with a link to an article he had written that’s published on Novartis’ Patient Perspective website.

His text read “check out my article- you may recognize a quote.”

The Importance of Caregivers a cancer survivor’s perspective on caregivers and the important role they play in a patient’s journey.

“…can lead to relationship stress and even divorce. One good friend of mine who separated from her husband described what it felt like as she was losing her caregiver: “There are few things in life that make you feel more alone than when you’re sitting in that chair, through treatment after treatment, and there’s no one next to you to hold your hand.”

All the feels came flooding back when I realized he quoted me; feelings of bitterness, disappointment, anger, and for a moment, annoyed with myself for being so seemingly needy. Why was it so important to have someone next to me?

My double-mastectomy was Monday, December 1st, 2014- where the hell has 4 years gone? I was discharged to home that Thursday with multiple JP drains, fresh incisions, and tissue expanders all held in place by a large roll of Ace bandage. I was on heavy doses of OxyContin and Valium and couldn’t be left home alone.

Friday, my (ex)husband went to his work Christmas party; I was fine with it, he had just gotten a huge promotion and I wanted him to have a night for himself. My sister and her husband switched their schedules around so he could go to the work shindig, and all agreed he’d be home at a certain time so Brie could get home in time for my brother-in-law to go to work.

I was sitting on my living room couch, back to the door we always came in, the door opened (after the agreed time), I heard my husband come in like a bull in a china shop, and I saw Brie’s face fall. He stumbled up the stairs without saying a word, and a few minutes later he was violently vomiting.

We figured since he was vomiting he was alive. Brie had to go, her husband had to get to work, and my four year old nephew obviously couldn’t be left alone. I called my husband’s name and got no response. In a pain, narcotic, muscle relaxer induced haze, I got myself up the stairs to our room. He was passed out in bed, limp, with shallow breaths. I screamed his name repeatedly, but he wouldn’t wake up. I remember thinking how I would give him chest compressions without splitting open my days old sutures.

I went downstairs, filled two pint glasses with ice water, crawled back upstairs, and dumped the water all over him (and our bed- not my sharpest moment). He was not amused, but it woke him up briefly. I got a “what the fuck?!?” but at least I knew he could form a sentence and was breathing.

He didn’t stay awake long, and now I was essentially alone in my bedroom, bed soaking wet, and I still had to empty my drains and change my dressings. I called his parents, but they were at a party. His brother and sister-in-law lived around the corner from us, so I called them. No answer, but I left a message that I needed help. My sister-in-law called back, I sobbed, and soon enough she was in the house. My hero.

She got my husband downstairs on the couch, and me into my bathroom. She helped me get undressed, I remember feeling like a child, ashamed that it came to this. I was naked, nippleless, bruised, tubes coming out of my body, and she put me in the shower and washed me. She dried me off, emptied and recorded the drainage output, changed my dressings, and put me in fresh pajamas. Clean, dry sheets replaced the cold, wet ones on our bed. She brought him upstairs, settled us in bed and left.

I cried for two hours straight, only acknowledged when when he opened one eye (clearly I was disturbing his beauty sleep), and said “what?”

I mustered up what little strength I had left, and screamed that I wanted a divorce.

He rolled over and went back to sleep.

I could handle feeling crushed, enraged, isolated, and that I didn’t come first, but knowing both our families had to get involved and see first-hand- I was mortified.

I stayed for another 15 months. 15 months of going to almost every tissue expansion, infusion and appointment by myself, including a 7+ day hospital stay where he could have spent a night with me, despising him, but putting on a happy face and keeping up with appearances.

I was riding an old wooden roller coaster alone. It’s scary as hell, I felt I was going to go flying out, I was whipped around with no one there to cushion me as I slammed against the sides of the car.

Why share this now, 2 years and 8 months after I left? We are divorced, and clearly moved on with our lives.

It’s ok to need someone next to you for the roller coaster ride. In fact, I recommend it. They keep you from falling out, and soften the force of the blows. Going through this alone didn’t make me stronger, and I can’t help but wonder if I had insisted he come to more appointments with me, if it would have been a different outcome. Yes, I came out on the other end alive, but damage was done, hanging on for dear life and covered in more bruises than was necessary.

Although it seems I’m throwing him under the bus (or the tracks if I stick with the roller coaster metaphor), my ex-husband is a good guy. He just couldn’t deal. It’s unfortunate that “in sickness and in health,” couldn’t keep us together, and I hope he learned as much from our marriage as I did. And if he didn’t, I sure as shit hope his future wife doesn’t come down with a case of lupus or cancer (or any life-changing illness), cause girlfriend is fucked.