What ya gonna do with all that breast? 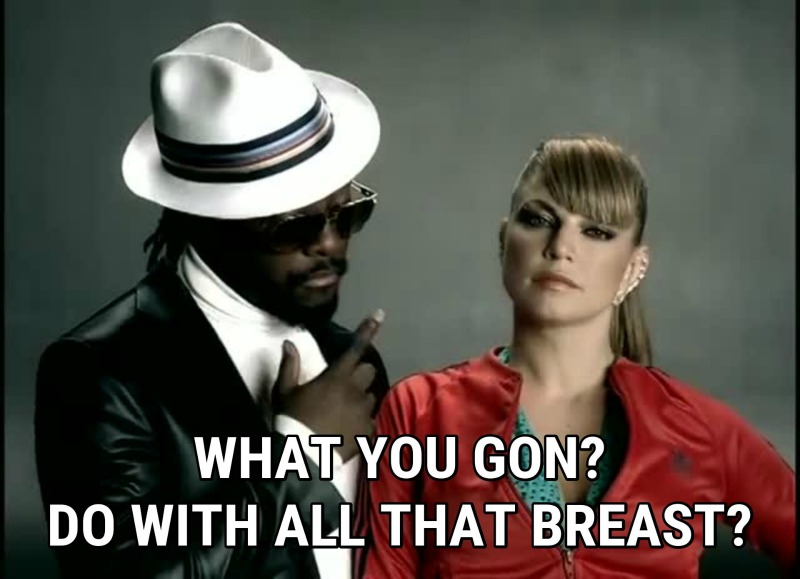 Posted at 07:43h in Uncategorized by LF 0 Comments

Big shocker, I failed the blog challenge. I have no discipline, it’s a wonder that I even bother. I was going strong for three, read it, THREE days in a row, and then I ran out of gas. Actually, it was really nice out last Saturday, and I went to go visit my friend Melissa. And then Easter, and then a death in the family, and then I just…. gave… up.

When I had my double mastectomy on December 1st, the plan was to go ahead with the second surgery in the middle to end of March. As you know, plans changed and I developed a seroma and severe infection. I wouldn’t wish that week in the hospital over new year’s on anyone. Saying it was awful is an understatement, and mind you, I don’t remember huge chunks of that week due to being so sick.

As confident as I was going forward with the mastectomy, nothing prepared me for the emotional roller coaster I’ve been riding on these past few months. Not that I expected someone to sit me down and say, “now Marla, cutting off your breasts is going to very scary and emotional,” because, duh, that’s a given. Perhaps I figured since I didn’t actually have cancer, nor have to endure any treatments after, that the entire process would be easier.

Guess what, it wasn’t.

I remember my first post-operative dressing change in the hospital, looking down and being shocked… why aren’t the expanders expanding? Did someone mess up? Where were my breasts?

In my Dilaudid- PCA haze, I lost it and cried my eyes out. The fellow doing the dressing change was sweet, but he was clearly not at all prepared to deal with my emotions and tears at 6am when he more than likely had at least another 20 patients to see before rounds.

Despite tons of tears, bottles of pain meds, a few setbacks, physical therapy, more tears, resorting to herbal remedies (we will leave it at that) to help with pain and insomnia, and a few more tears, there is finally light at the end of this tunnel.

Last Thursday, Steve and I went to the plastic surgeon to sign the consents for surgery to have the tissue expanders swapped out for permanent implants. I have a date!!!

One week from today, I will finally get relief from these tissue expanders, and Dr Fahey has assured me I will feel so much better after the switcheroo!